On February 8, 2018, Philadelphians were all Jason Kelce for a few hours. We were excited, impassioned, vindicated, and also little intoxicated on a weekday afternoon.


Tag had the forethought five years ago to secure office space along the parade route, and so we joined a few hundred thousand neighbors on Broad Street to celebrate our Super Bowl Champion Philadelphia Eagles! E-A-G-L-E-S…EAGLES!

Since we’re brand people, we couldn’t help but notice a few big brands were enjoying this victory alongside us. And because those brands showed the Eagles some love, we love those brands right back!

Bud Light jumped on the bandwagon early, tweeting at Lane Johnson in August 2017 that if the Eagles win it all, Bud Light will bring the beer to the party that Johnson promised fans.

.@LaneJohnson65 Let's make a bet. Win it all and the party is on us. Deal? https://t.co/syd5WHfsvo

Later that same month, Bud Light debuted the first “Dilly Dilly” ad, and by November the campaign had gained serious traction. The campaign continued through the post-season, and was never better than the online spots produced for each of the four teams playing in the conference championships. We are totally objective brand strategists, and we proclaim that the Philly spot is the totally best of of the bunch. Philly Philly! On parade day they made good on their promise with skywriting, the knight on a bus and free Bud Light at bars along the parade route. 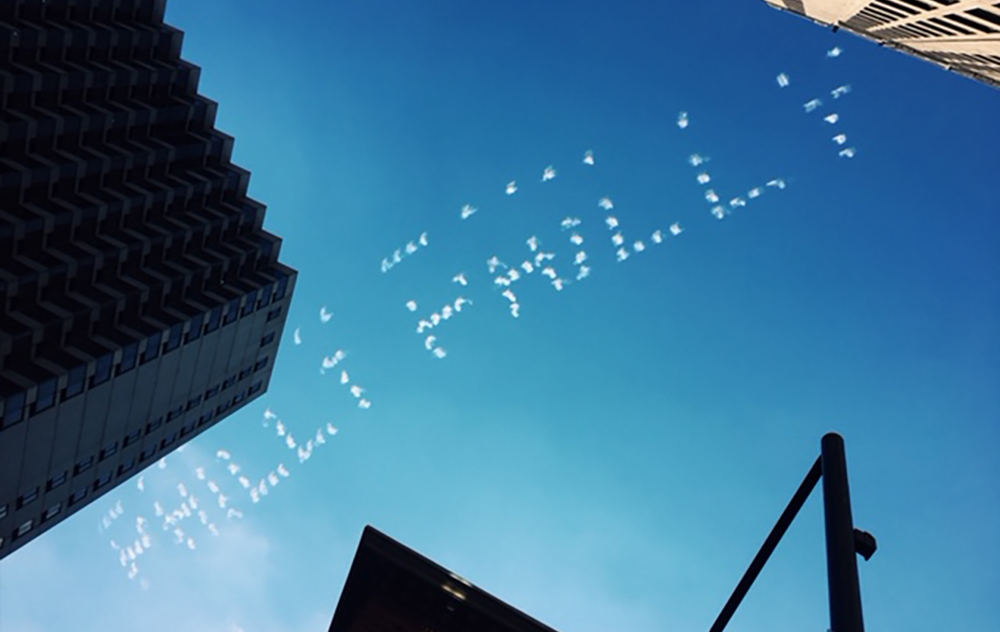 But how would Eagles fans get to those free beers if they couldn’t get to the parade? Lucky for us Independence Blue Cross partnered with SEPTA, and sponsored free rides on the the subway lines on parade day. This made for a safer, easier ride for fans and likely made crowd management easier for transit and city police officers. Independence Blue Cross is one of the largest employers in Philadelphia, and insures about 2.5 million people here, so there was opportunity to earn a whole lot of goodwill and brand awareness. We’re still not happy that our insurance rates increased, but if they continue to support our city and our Eagles, we’ll complain a little less.

IBX is bursting with #philly pride over the @Eagles victory and partnering with @SEPTAPHILLY to provide FREE subway rides for fans to safely travel to and from the #EaglesParade. #OurPhilly #FlyEaglesFly https://t.co/a0DostoU4M pic.twitter.com/fg4Zs2NCUt

For those of you who drove in, parking could have been a nightmare, but Ikea Philadelphia tried to help by offering their 1,000-spot parking lot to parade goers for free on parade day. Thank you, Ikea!

Are you going to the parade? We know parking is going to be a nightmare, so your neighbor @IKEASouthPhilly has your back. 2/8/18 Only we are opening our 1000+ space parking lot to those attending. Come on over, Park for Free! #EaglesParade pic.twitter.com/N2owCTtcaD

The joy was felt by brands big and small including Tag’s software provider AccountEdge. We thank Todd, and hope he emerged with tales of Eagles victory and the epic celebration that followed.

Building a brand takes time – researching, planning, strategy, creative and hardwiring the brand to the organization. But doing so means it is primed to take advantage of historic, (hopefully more than) once-in-a-lifetime opportunities like an Eagles Super Bowl victory and to deepen brand loyalty.