There has been a lot of chatter about Mark Zuckerberg’s choice of attire for some recent pre-IPO meetings with Wall Street bankers.  The Washington Post reported: “He’s actually showing investors he doesn’t care that much; he’s going to be him.” Wedbush Securities analyst Michael Pachter, who issued the first “buy” rating on Facebook, told Bloomberg. “I think that’s a mark of immaturity.”

My thoughts are different. I think it demonstrates Mark Zuckerberg’s authenticity and consistency. His “brand” has always been the same. He’s a laid-back programming genius. He prefers to dress for comfort wearing unpretentious jeans and a hoodie. (It was acceptable for Steve Jobs to wear a black turtleneck and jeans.)

But, who cares what he wears? Without Zuckerberg’s out-of-the-box creativity, being social would still mean hanging out with friends and family in a physical environment. He helped transform the way we communicate as a society. His creativity has spurred a host of other out-of-the-box thinkers to develop amazing ideas that continue to push the limits of the social space. And, challenge the status quo for media in general. 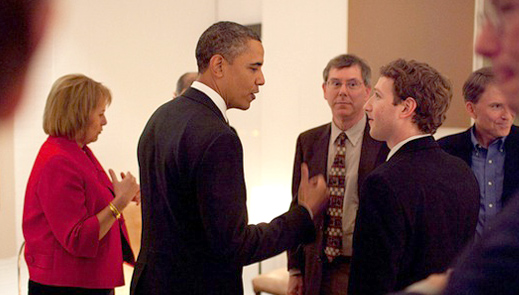